Recap of Legal Actions in Spain against Banks & Others

This article written by Lawyer Raymundo Larraín Nesbitt, gives a complete overview of the recent court cases in Spain which may award non-residents with unexpected huge windfalls.

Several key court rulings have hit the Spanish headlines over the last months raising huge waves which ripples we continue to feel every day in the shape of glossy newspaper and radio ads soliciting litigation clients. Lawyers have all too eagerly witnessed the recent snowball of landmark rulings which have opened up new venues to litigate that were previously barred to us.

To laymen, these rulings mark an inflection point allowing them a golden chance to claw back lost off-plan deposits from developers, undue interest rates pocketed by lenders, overcharged taxes from town halls and even from the Spanish Tax Office itself. Most of this money was written off years ago, by those affected (in the majority UK nationals). These new rulings have tipped the scales, turning legal outcomes upside down enabling successful litigation (and payback, which is really what it’s all about).

The best way to go about it is to simply provide a brief overview of all the ongoing court cases, one by one, giving the likely success odds, timeframe to claim and the amounts claimed back. I close each one referencing my own articles on a matter for those that seek more information. I only list those likely to affect my readers/clients i.e. non-residents.

There are more court cases than the ones I collate below, but these overwhelmingly affect Spanish nationals (e.g. preferentes) so I will purposely leave them off the list.

It should be noted that the following blog post is of general interest only and is not to be construed or intended as substitute for professional legal advice.

Recap: Recent court rulings from 2015 considered that banks were jointly responsible, along with developers, of any off-plan deposits paid by buyers on failed new-builds. This allowed for the first time ever to litigate successfully against banks despite there being no bank guarantees issued securing off-plan staged payments. And banks, unlike developers, do have money to pay up. Moreover, most banks in Spain have allocated huge provisions in preparation for a tidal wave of litigation reminiscent of the PPI scandal that engulfed British high street banks on miss-selling financial products.

Who can claim: Buyers of off-plan property in Spain that were not issued with mandatory bank guarantees and whose developments were either never started or completed in time.

Timeframe to claim: 15 years as from the time of making the first staged payment.

Success outcome: Excellent. To the point most law firms feel bold enough to offer no win, no fees.

Recap: Long story short, lenders introduced in the heyday of the property boom abusive clauses in borrower’s Mortgage deeds which effectively resulted in banks pocketing the money when interest rates dropped across the board i.e. Euribor rate which most variable interest loans used as a benchmark. The European Court of Justice recently ruled in favour of borrowers declaring these abusive clauses as null and void with retroactive effects.

Who can claim: borrowers who took a mortgage loan in Spain to, for example, finance the acquisition of a property.

Timeframe to claim: the new ECJ ruling has declared these clauses as null and void with no time limits on how far back claims can go.

Success outcome: Excellent. To the point most law firms feel confident enough to offer no win, no fees.

Recap: A new court ruling has declared a series of abusive mortgage clauses null and void. Amongst them are the set-up costs on taking on a mortgage loan.

Who can claim: borrowers who took a mortgage loan in Spain to, for example, finance the acquisition of a property.

4. Selling property at a loss: claiming back ‘Plusvalia’ tax from town halls

Recap: A new court ruling has established that there can only be taxation when a seller makes a profit. Town halls have to payback all overcharged tax on selling at a loss. This ruling can be made extensive to all of Spain.

Who can claim: Sellers who sold property in Spain at a loss.

Timeframe to claim: The previous four years. Sellers can only claim back on property sold at a loss since February 2013 onwards.

Amount claimed back: For most sellers, a paltry amount in the hundreds of euros. Exceptionally, some large plots of land are lined up for a huge windfall.

Success outcome: Moderate. It is likely town halls will fight back appealing, forcing lawyers to go through a full-blown litigation procedure.

5. Claiming back Spanish Inheritance Tax from the Spanish Tax Office

Recap: In September 2014, a new ECJ put an end to fiscal discrimination between residents and non-residents in Spain on taxation matters. Without going into detail, this affected, amid other taxes, Spain’s dreaded Inheritance Tax. This opened up the opportunity for those that had inherited assets in Spain to claim back from the Spanish Tax Office all the tax they had unduly been overcharged on grounds of (fiscal) discrimination.

Who can claim: Non-resident heirs of assets located in Spain.

Amount claimed: Substantial, by its own nature.

Most law firms will request a trail of paperwork to justify the payments you made. They will offer to assess your case free-of-charge in most cases.

If you have a strong case, they will let you know and offer in some cases a no win, no fee yet in others they will simply request legal fees upfront depending on the matter and the client’s financial situation. Careful not to get stung signing off huge percentages!

I would be cautious on getting caught up litigating on some of the matters I list above which, currently, may have bleak success odds despite the fuzzy warm feeling that some litigation ads exude.

You should also know that on losing a case in Spain, a judge may rule that the plaintiff (the actor or person who files a lawsuit) must pay all costs, which may include the defendant’s lawyers. In plain English, on losing, a plaintiff would end up paying two sets of legal fees: his own lawyers as well as those of the defendant. It’s all good and well that lawyers make it clear that on no win, no fee a client does not have to pay them; albeit likewise they should also disclose to a client that they will not be held liable either for a defendant’s legal costs should they lose!

My advice is to contact established Spanish law firms specialized in litigation. You should steer clear from fly-by-night recently setup operations run by expat intruders (with no legal qualifications whatsoever) who meddle in legal matters in exchange of sizeable commissions (that you pay out of your own hard-earned money, don’t forget). These ads are now proliferating like mushrooms in newspapers, radio and internet. So be warned because there are choppy waters up ahead (with sharks!).

If you don´t want to get stung twice, play it safe and deal only with qualified and registered lawyers. Yes, their English might not be the best in the world but you want to play your cards right.

You will only get one chance and one chance alone to recover your lost money; choosing wisely a reputable law firm is now perhaps more important than ever in Spain.

You won’t get a second chance. 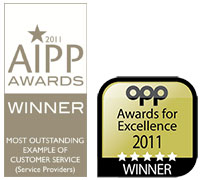